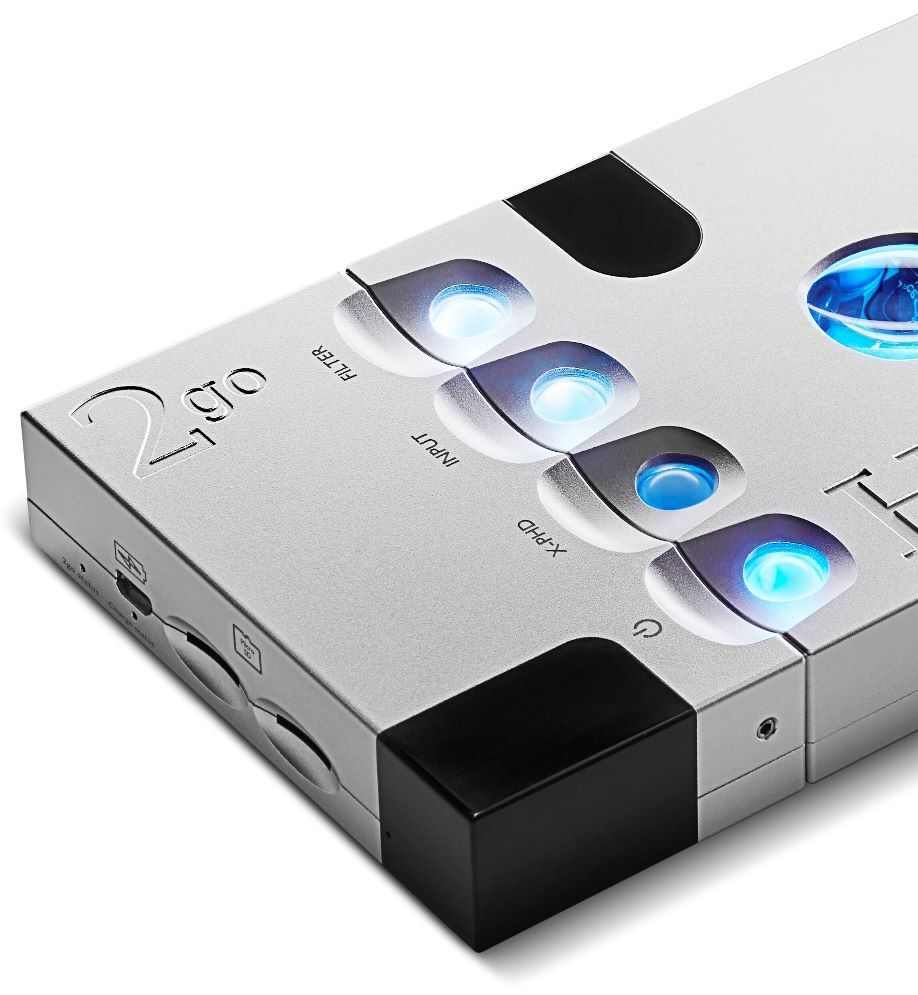 2go is a high-performance streamer / server that transforms the Hugo 2 into a full-featured Wi-Fi- and Ethernet-enabled device.

In addition to its music streaming abilities, because 2go has up to 4 TB of SD card music storage it also is functions as a high-capacity digital music server (using MPD). When being powered from its battery alone the Hugo/2go delivers the ultimate in purist audio.

Wireless convenience (2.4GHz Wi-Fi and A2DP Bluetooth) combine with the stability and performance of wired (Gigabit) Ethernet connectivity, the latter offering set-up-free plug and play operation. 2go also benefits from comprehensive audio interfacing and offers Tidal, Qobuz and Internet radio playback with Spotify (and others) earmarked for the future. 2go is also Roon Ready, offers gapless audio and DoP/Bit Perfect support, as well as being fully DLNA-compliant (server/renderer) and AirPlay-ready.

A key feature of 2go is its auto-switching input function: every audio interface is always on, therefore switching between inputs is as easy as hitting ‘play’ on the chosen control point app; 2go convenience-switches between all its inputs automatically, giving a seamless user experience when playing music from different sources or even streaming services. 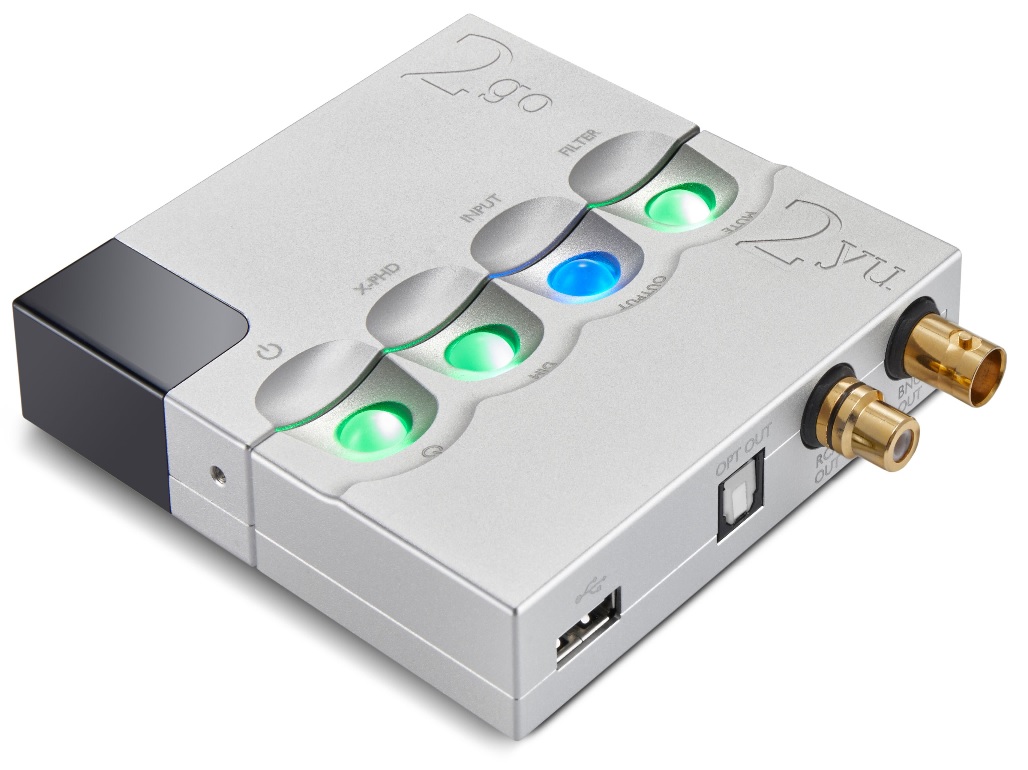 2yu is a digital interface that connects to 2go effectively turning the 2go2yu into a full-function standalone music streamer / server.

2yu boasts 2,000 MIPS (million instructions per second) of processing power, an integrated sample rate converter, plus a low-jitter audio phase lock loop. Highly flexible in its potential applications, 2go with 2yu is also ideal for installers wishing to create a discreet remote Roon streaming solution: the duo can be wired into an Ethernet port to provide streaming to a system in any room. 2yu alone can also be used with PCs and Macs via USB to create a high-quality USB-to-digital-audio convertor for audio.