It's Not Just Another DAC 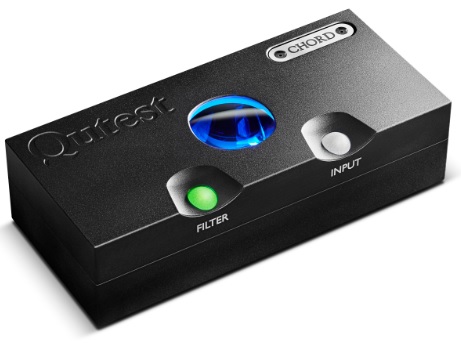 To reproduce a true sense of realism, a hi-fi needs to communicate variations in instrument timbre, space, dynamics, pace and rhythm. The only way to achieve this is through absolute transparency.

Due to inherent limitations of standard DAC chips, hi-fi DACs often fail to meet this goal and just make everything sound the same. Most hi-fi DACs contain mass-produced chips which are no bigger than a fingernail and are engineered to a price.  They process 100,000 instructions per second and are subject to cross-talk which adds noise. Combined with added noise floor modulation and distortion, they make music sound grainy, harsh, flat, lifeless and un-natural.

Chord Electronics’ DACs don’t suffer from this limitation because, unlike their competitors, Chord Electronics’ DACs don’t use ordinary off-the-shelf DAC chips. Instead, they feature Chord's own proprietary FPGA DAC designed by Robert Watts. FPGAs are immensely fast and powerful programmable circuits which are 10X bigger than chip DACs and are loaded with Watt’s unique code; this enables DACs with (effectively) zero noise and distortion.

Thanks to Watts' proprietary technology, the Qutest has 750X more processing power than chip DACs enabling it to recover the original analog signal with much better accuracy. Thus the Qutest delivers a stunning sonic clarity that is literally years ahead of the competition. Click Find A Dealer and audition the Qutest today; you'll hear the most natural timbre, realistic soundstage, sense of depth, life-like dynamics, rhythm and pace – all creating the impression of a real musical performance in your home.

This is a great sounding digital converter – indeed spectacular at the price. You’ll have to spend a lot more money than this to find a DAC that does any better.

A stunning performance that will do justice to any music you care to feed it. Outstanding amongst the best. Keenly priced. Another winner from the Chord Electronics stable.

The Qutest is an extraordinarily well-engineered component. Even without taking into account its small size, the fact that it’s powered by a 5V wall wart, and its relatively affordable price, Chord’s Qutest offers state-of-the-art measured performance. It sounds simply superb. Strongly recommended.

It possesses a certain ‘rightness’ to its sound that I could live with happily for a long time. I would strongly recommend trying the Qutest before you replace your DAC with something with an additional zero at the end of its price tag.

Watch the video: Why are Chord DACs so special?

With 768kHz PCM and DSD512 capability, Qutest can resolve the highest resolution music available today and in the foreseeable future.

Perfect Sound in Any Environment

The Qutest works perfectly in any environment and with any hi-fi. With four adjustable sound-shaping filters, Chord Electronics’ Qutest allows you to tailor the sound to match your existing equipment and digital files, your listening room and your personal preferences.

With its plug and play design nothing is easier to use. Simply connect your sources, select your input and hit ‘Play’. It’s that easy!

Chord Electronics’ DACs use ground-breaking proprietary technology making them most advanced of their kind in the world. Even legacy models, such as the decade-old QBD76 DAC (a predecessor to Qutest), offers -150dB noise performance; ten years later, this DAC still offers 20dB better performance than the best DAC chip available today! Invest in a Chord Electronics DAC and it will offer state-of-the-art performance for many years to come.

It’s very rare to get cutting-edge technology and the best value in one product. But that’s exactly what the Chord Electronics Qutest DAC offers you. The Qutest will outperform DACs at twenty times the price. That’s why we say, “it’s not just another DAC”.

Qutest has three digital inputs and one set of analog outputs. Inputs include: one Optical TOSLink 24-bit/192kHz-capable, two BNC coaxial input 24-bit/384kHz-capable (with dual data mode up to 768kHz) and one HD galvanically isolated USB-B input 32-bit/768kHz and DSD512-capable. Outputs are one stereo pair of RCA phono outputs adjustable to 1,2 and 3V RMS.

Qutest is available in black only.