Vienna Acoustics’ ‘The Music’ loudspeaker, the first model from the Klimt series, introduces a truly revolutionary new concentric drive unit (high- and mid-range drivers at the same center). The wide bandwidth, 7” flat driver is capable of delivering seven octaves of music, without the phase (timing) issues associated with a conventional tweeter and mid/bass driver arrangement. This approach has many advantages, including preserving the integrity of the midband, crucial to enjoying vocals within music.

Vienna Acoustics has previously used reinforced cones designed to maximize strength, while keeping mass to a functional minimum. Flat cones do not provide stiffness, but Vienna’s patented one-sided-cone-light-weight-framing delivers the best weight-stiffness ratio of any construction. Plus, it allows useful tuning.

The cone material is TPX (a polymer), in a proprietary mix with other materials for the optimum stiffness/inner-damping ratio. The cone is further stiffened by adding glass fibers to the compound. Vienna Acoustics’ was also able to cast a radial-veined structure into the cone, increasing stiffness; a flat, stiff surface being optimal for eliminating unwanted phase (timing) issues in the driver.

A new state-of-the-art silk-dome tweeter, featuring a vented neodymium magnet structure, is then placed in the center of the drive unit. The cones are developed and produced by Vienna Acoustics in Austria, then manufactured to a complete driver by Eton Germany. Years of development made the flat cone possible.

Having two drivers at the same center (point source), results in a truly homogenous sound: the midrange is wonderfully uncolored compared to conventional cone drive units. Vienna’s flat cone is ultra-stiff, but exhibits a smooth, musical sound due to the soft inner damping of the TPX material. Its stiffness allows it to operate pistonically (linearly, like a piston), extending the frequency range from 100Hz to 20,000Hz — enough to warrant its own cabinet.

By decoupling the bass drivers from the flat cone in dedicated housing, The Music delivers the absolute optimum in clarity and naturalness. The separate top-unit enclosure is decoupled from the bass enclosure by a high-tech, cast-aluminum pivot joint, which enables adjustment for rake (vertical axis) and toe-in (horizontal axis). This flexibility allows the creation of a ‘sweet zone’ rather than a narrow ‘sweet spot’ and gives useful flexibility in avoiding unwanted early room reflections.

Finally, a remarkable piezo technology supertweeter, manufactured by the Danish high-end specialist ScanSpeak, extends the response from 20,000Hz to 100,000Hz. The speakers' veneer and finish quality is to the highest of standards. The Music is available in true Piano Black and a premium Sapele veneer finish.

Vienna Acoustics’ The Music loudspeaker system is aptly named, because it is so true to the music. With its extended, flat midrange driver with coincident tweeter, it pushes the performance envelope on multiple fronts. Here’s a thrilling full-range loudspeaker of reference quality that supplies plenty of goosebumps, but also has ’stat-like coherence, superb time and phase accuracy, and breathtaking soundstaging. It is an accurate, yet musical speaker with fast transients, precise layered imaging, and articulate, extended bass.
You may have noted that I frequently used the phrase, “just like in a live performance,” when describing the sonic prowess of this Vienna Acoustics flagship loudspeaker. And that’s just it. The Music compares surprisingly well to a live performance, and that’s very high praise.
Jim Hannon, The Absolute Sound

Once you’ve lived with The Music the only things surprising about its longevity are that more people haven’t noticed it and that it’s not considerably more expensive. An exceptional design, beautifully realized, The Music can produce the kind of captivating musical performance that’s rare at any price. Very highly recommended!
Roy Gregory, HiFi Plus, Issue 140, November 2016 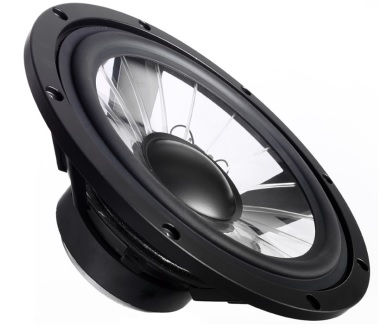