DESIGNING AN AMPLIFIER WITHOUT THE USUAL TRADE-OFFS

Tone, dynamics and control are the essence of high fidelity. Tone is obvious: a Cello has to sound like an instrument made out of wood - not tin. Live music is uncompressed with huge dynamic range. You need big dynamics to create the "you are there" feeling. Control is the key that transforms sound into music. When an amplifier controls the speaker well, notes start and stop accurately and you sense the emotion of the performance.

Chord has developed their own highly innovative ultra-high-frequency power supplies that run at 80,000Hz instead of the typical 60Hz. These power supplies are extraordinarily efficient and develop huge amounts of power without the need for massive noisy transformers. Without this constraint, the result is a very powerful amplifier with an incredibly low noise floor that lets the music through in its purist form.

To illustrate, Chord's 500 watt amplifier uses custom ceramic core transformers you can hold in your hand and the amp is light enough to be carried by one person. Whereas a typical 500 watt amp the transformer is so heavy that moving the amplifier requires three people sliding it across the floor on a carpet!

Dynamic Coupling is another innovative technology developed by Chord. It entails an electrical connection between the amplifier’s positive and negative power rails. When an amplifier can’t deliver all the power demanded by the music, the amplifier ‘clips’ which creates distortion. With Chord's ingenious dynamic coupling technology, instead of clipping Chord amplifiers take power from the opposite power rail, thus Chord amplifiers have vast reserves of instantly delivered power without distortion. The result is huge dynamic headroom, precision and control over even the most difficult to drive loudspeakers.

Many high quality amplifiers use Bipolar output devices because they sound better than MOSFETS. Chord believed that, theoretically, MOSFETS should be the best sounding output devices. However the best MOSFETS available did not perform anywhere near the theoretical capability. So Chord engineers designed their own and had them custom built.

As you can appreciate, developing custom built MOSFETS in an expensive undertaking. But that's the kind of company Chord is; when the best available components limit performance Chord engineers design their own, thus leading the state-of-the-art. As a result all Chord amplifiers are MOSFET sliding bias Class AB designs. However unlike ordinary solid state devices, Chord’s proprietary MOSFETS have a soft turn on turn off characteristic. This unique innovation allows Chord amplifiers to emulate the natural tonality typical of the best pure Class A tube amplifiers. 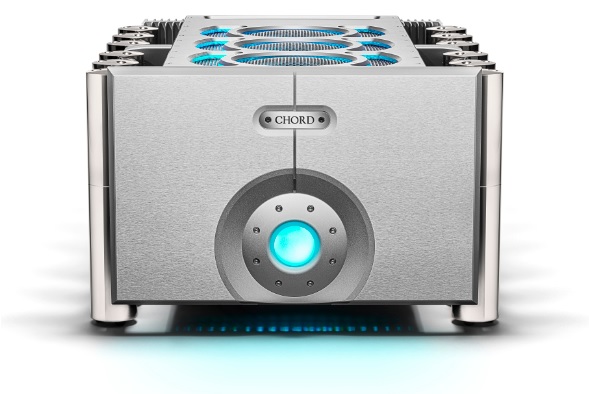 It's Not Just Another Amplifier - It's a Chord!

For those who desire a no-compromise musical performance there is Chord Electronics. Endowed with true state-of-the-art proprietary technologies, Chord amplifiers exist without peer and really can create the illusion of a live performance in your home.

Unlike other amplifiers Chord delivers the authentic tone, subtlety and musicality of the finest tube designs with the massive dynamics, speed and control of the world’s best solid state. That's why Chord is the choice for the top sound professionals at Skywalker Sound, BBC, Abbey Road, Sony, Decca, Quad, EMI, Deutsche Grammophone and many more.

Click on the sub-menu at the top of this page to discover all the wonderful Chord amplifiers.