With digital sources at the heart of most home sound systems, the performance of the digital to analog converter (DAC) has become increasingly important. It’s not just a matter of sound quality, but of the ability to process a wide variety of inputs, and to do it accurately, and reliably. What do Weiss DACs have to offer, that other brands don’t?

No, it’s not yet another obscure audio acronym---we’re talking about the lineage of Weiss products. Daniel Weiss was an engineer at Studer at the beginning of the digital audio era, and founded Weiss Engineering ‘way back in 1985. For the last 35 years, Weiss DACs and processors have been found in mastering and recording studios, working flawlessly day after day, year after year. Pros don’t tolerate poor performance, and they won’t put up with products that break. Since 2000, Weiss has brought the same cutting-edge performance and bulletproof reliability to products that demanding music-lovers and audiophiles like you can have in their homes. 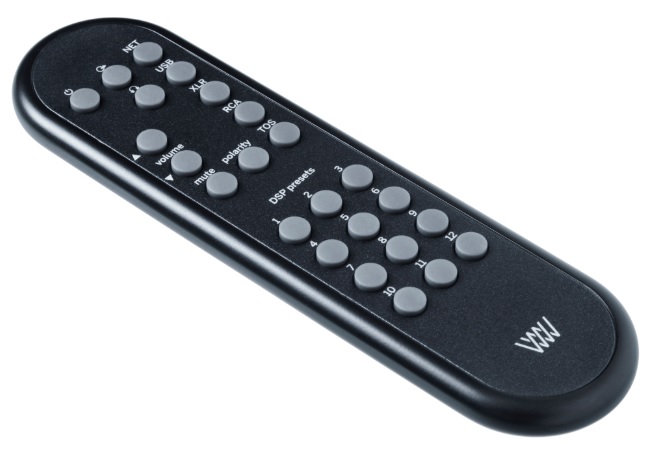 Your favorite albums may have been mastered using Weiss converters---so is it any surprise that the Weiss DACs you can have in your home are among the quietest, best-sounding, highest resolution DACs made? In their Stereophile reviews, both John Atkinson and Jason Victor Serinus raved about the sound quality and versatility of the DAC502, and of its performance on his testbench, Atkinson wrote, “it just doesn’t get any better than this.”

Most DACs can’t do anything to improve the performance of your audio system. Weiss Engineering is also a leader in digital signal processing (DSP), and Weiss DACs include unique DSP algorithms that can enhance your listening experience:

Not only are all Weiss products built to the standards you’d expect of a Swiss company, able to work flawlessly for decades to come---but you can say the same of Weiss Engineering, the company. They’ve built an unrivalled reputation over three and a half decades, and you can be sure they’ll be around for decades to come. Why Weiss? That’s why.

It's an easy recommendation. Check it out -- you won't regret it.

I summed my measurements of the Weiss DAC202 by writing 'The DAC202 is the best-measuring D/A processor I have measured in my quarter-century career at Stereophile. It just doesn't get any better than this.' Weiss's DAC502 matched the DAC202 by also performing supremely well on the test bench. 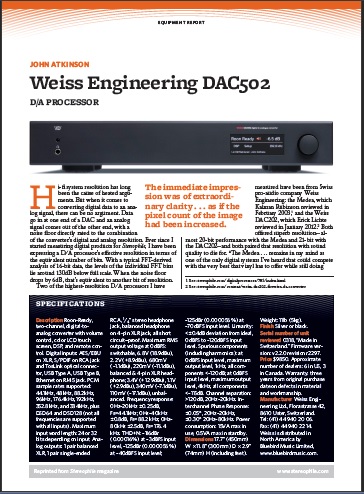