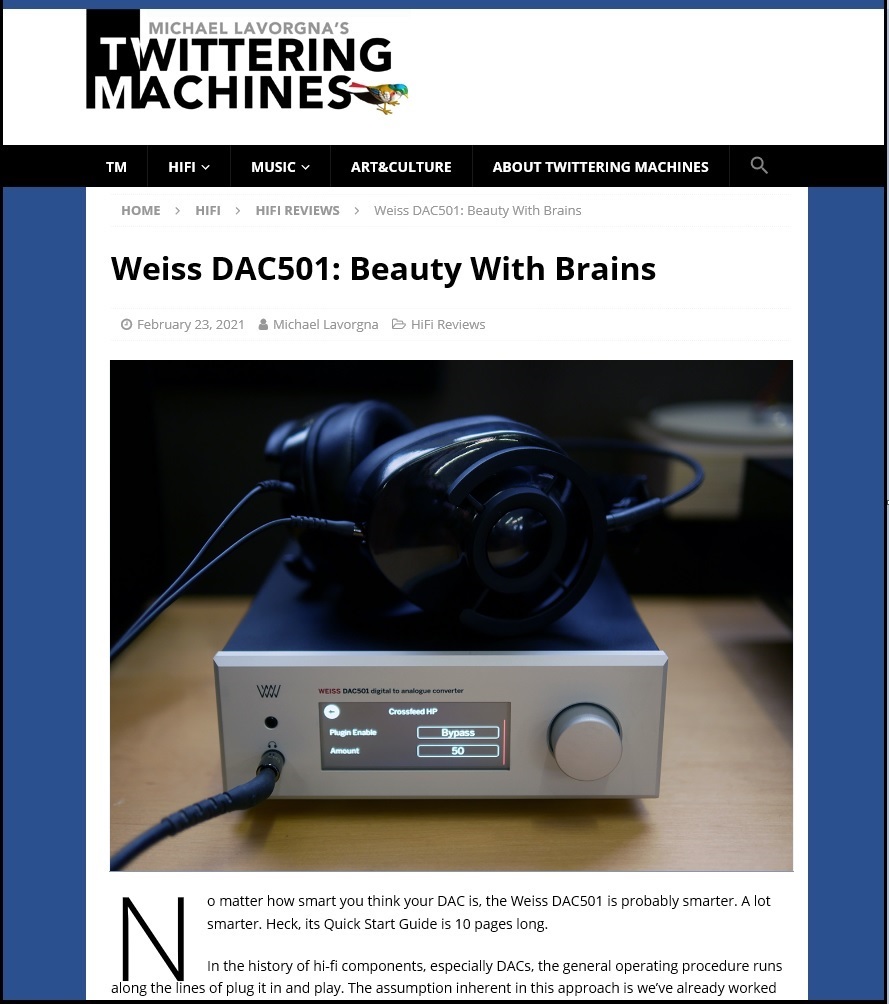 When the Weiss DAC501 arrived, I unpacked it and had it playing in no time flat. Within minutes, I settled down into that comfortable reviewer zone of – OK, this is going to be an absolute pleasure.
The Weiss DAC501 announced itself by getting completely out of the way of the music. And, I mean completely. This vanishing act is a rare occurrence with digital replay.
The Weiss DAC501, even running without DSP, embraces all music as if it really cares about getting its sound into your ears as purely as possible. I’m talking about as clean, clear, fluid, rich, and pure as the recording allows. Everything from poorly recorded great must to well recorded great music was portrayed in a completely captivating way, all round and fleshy and human… the Weiss sounds refined, controlled and transparent.
With the Weiss turning Tidal’s streaming bits into analog waves the music coming out was as sweet, as fluid as honey on a warm summer’s day, filled with the broad range of voices, subtle movements, and dance-along beats that make one forget about things like snow and ice and pandemics and politics.
The Crossfeed plugin offers a single parameter, Amount. In a word, this stuff works. With Crossfeed engaged, music reproduction expanded well beyond the cans, which made me feel more relaxed. I found the DAC501’s headphone output highly enjoyable for the long haul.
To say that I was impressed with the Weiss DAC501 is a gross understatement as it leaves out the most important aspect of a hifi – its ability to connect us to our music. On this score, the Weiss DAC501 ranks among the top of my running list of favorite DACs. Bravo!
Michael Lavorgna, Twittering Machines, February 2021, Favorite DAC Award