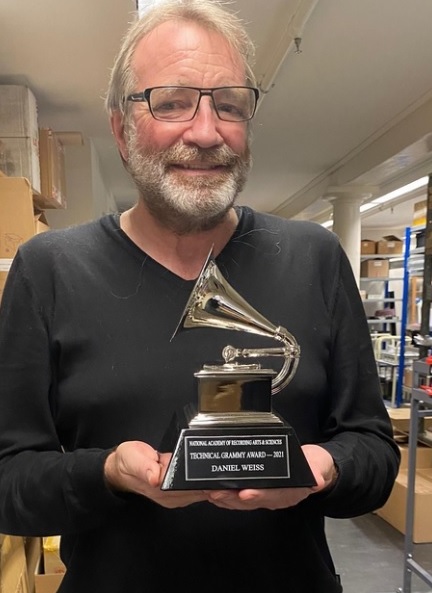 The names of Daniel Weiss and his company Weiss Engineering may be somewhat unfamiliar to audiophiles in North America, but in the pro world, the company has provided state of the art digital processors to recording and mastering studios since 1985. Early users of Weiss converters included the Harmonia Mundi and Sony Classical labels, both renowned for their technical prowess and the excellence of their recordings.

Since 2000, Weiss has manufactured digital audio products for the high-end consumer market. Their first products were a DAC and a CD transport; since then, a full range of converters and interfaces have been marketed.

All Weiss products, both pro and consumer, are built to the highest standards of construction and performance. The current line of Weiss consumer products is led by the DAC501 and DAC502. The two DACs share the same architecture and performance, and differ primarily in form-factor: the DAC501 is in a compact enclosure, enabling flexible placement in both desktop and standard systems; the DAC502, shown below, is in a standard, full-sized enclosure, and adds a 4-pin balanced headphone jack on the rear of the unit.

The DAC501 and DAC502 include unique DSP programs that include room equalization, volume leveling, and tone controls. The user has ultimate control over system optimization and sound quality.

Weiss products are designed to reproduce music with no “editorializing”, and with vanishingly-low levels of noise and distortion. John Atkinson of Stereophile magazine recently reviewed the DAC502, and wrote: “ The Weiss DAC502 retrieves more information from the digits than any other DAC I have auditioned.... which is what a great audio component should do.”  Of the DAC502’s performance on the test bench, Atkinson wrote, “It just doesn’t get any better than this.”

Weiss products not only provide incredible sound quality and user satisfaction---they will do so for decades to come.

Daniel Weiss is one of the true pioneers of digital technology. The company has designed and manufactured groundbreaking digital audio equipment for mastering studios. The award is presented to individuals and companies who have made contributions of outstanding technical significance to the recording industry.